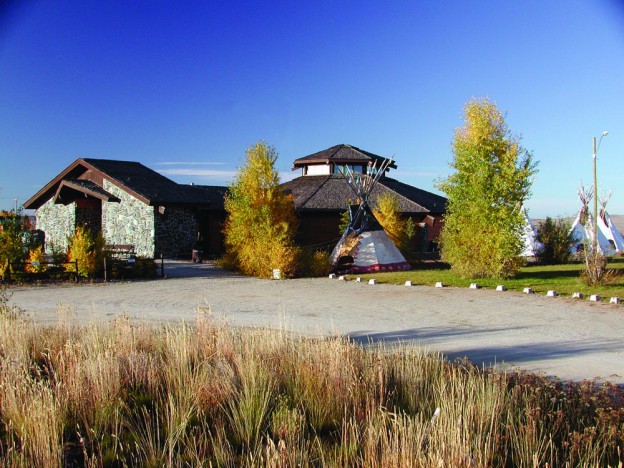 As the oldest Historical Society in the State of Wyoming, the Sublette County Historical Society was originally established in 1935 for the preservation of historic sites of the fur trade and rendezvous, marking of settler graves and trails and to collect all records, documents and items pertaining to the historical background of Sublette County.  Today’s SCHS is the parent organization for the Museum of the Mountain Man.  The facility presents a visual and interpretive experience into the era of the mountain man, the Plains Indian, the Oregon Trail and the developments of this region. It sponsors programs, living history events and workshops for both children and adults to further explore Wyoming settlement history. It produces the annual Green River Rendezvous Commemoration Days. A research library is available by appointment for public use.

Approximately one-half of the Historical Society’s yearly budget is from private funds and one-half is public funds, via the Sublette County Museum Board. This unique 50-year-old partnership is a commitment by local government and private citizens to work together for local history. Sublette County’s community heritage is preserved and interpreted by a private foundation that can raise private funds to maximize the power of the public funds.

Founding members of the Historical Society began the modern-day rendezvous reenactment program in 1936 in Daniel, to celebrate the 100th anniversary of the 1836 rendezvous, which was attended by the first white women to cross the Continental Divide. The Rendezvous Pageant is still performed every year in July by the Green River Rendezvous Pageant Association during Rendezvous Days in Pinedale.

Artifacts directly traceable to the mountain man are extremely rare. The Museum’s collection has many period-correct pieces from the fur-trade era, but few directly attributable to the mountain men. Genuine artifacts in the Museum’s collection include a rifle owned by Jim Bridger after the fur trade era and archaeological pieces from the site of Fort Bonneville. Sublette County’s acquisition of the fur-trade papers significantly expands the Museum’s genuine artifact collection and ability to interpret the Rocky Mountain fur-trade era.

Our mountain man heritage is the kinship we have to those adventurous young men who chose this remote and harsh environment to make a living, much like those of us who live here today. We have a multi-generational history of embracing and celebrating the men who opened the West and expanded a country.

May 1: Museum Opens for the Season

Oct 28: Halloween at the Museum

Nov 1: Museum Closes for the Season