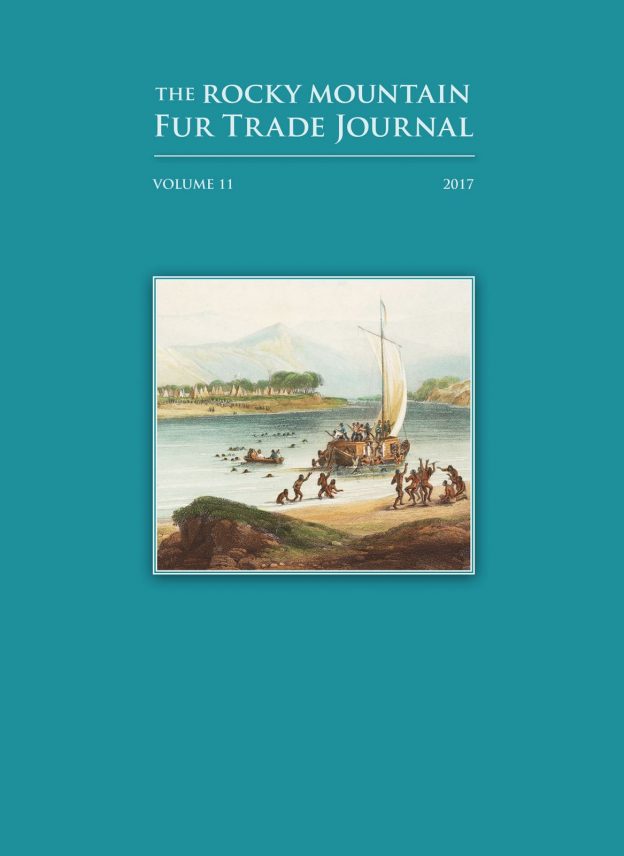 Navigation of the dangerous and unpredictable Missouri River claimed many lives and thousands of dollars in trade goods in the early 1800s, including the HAC’s Enterprize.

More than Just a Rock: the Manufacture of Gunflints

For centuries, trappers and traders relied on dependable gunflints for defense, hunting, and commerce. This article describes the qualities of a superior gunflint and chronicles the revolution of a stone-age craft into an important industry. by Michael P. Schaubs

The vast reach of the Hudson’s Bay Company extended to the Ute Indian territory in the latter years of the Rocky Mountain rendezvous period, as pressure increased from American trappers crossing the Continental Divide. by Dale Topham

Otholoho and Grohean: Two Fast horses, One Set of Tracks

A story of two race horses whose tracks might have merged – one stead the pride of William Drummond Stewart, the other the favorite of Jim Bridger. By Jerry Enzler

The portable steel trap, an exponential improvement over snares, spears, nets, and earlier steel traps, revolutionized trapping in North America. Eminent scholar James A. Hanson tracks the evolution of the technology and its deployment by Euro-Americans and Indians. by James A. Hanson, PhD.

Bad Pass Trail: Gateway between the Wind and Yellowstone Rivers

This 30-mile corridor, in use since prehistoric times, connects two important watersheds and provides a detour around the 1,000-foot-deep Big Horn Canyon. Use of the trail by mountain men is documented from 1805 through the end of the rendezvous era. by Mike Bryant