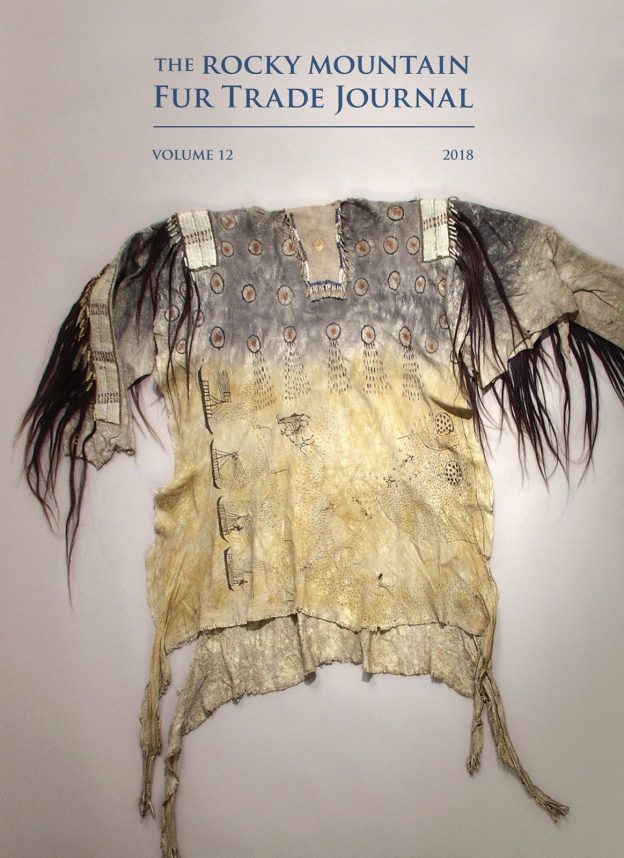 The Bones of More and Foy
Searching for the Stephens Party ambush site. A forgotten story in the aftermath of the 1832 Battle of Pierre’s Hole. by Michael J. Evetts

A Keelboat Petroglyph: A New Discovery in the Bighorn Basin of Wyoming
One of the earliest known representations of fur trade era watercraft by indigenous people. by Michael T. Bies

A Warrior’s Pride: Native Illustration and the Written Record
A remarkable war shirt likely illustrating the opening battle of the Arikara War of 1823. by Journal Staff

“Now We Go”: Snake Country Freemen and the Desertions of May 1825
New perspective of the men involved and causes of this now famous international incident. by Thomas H. Holloway

“The Hunters of Kentucky” Reach Rendezvous
Music that can clearly be placed in the mountains and the Nez Perce man who made it his own. by Scott Walker

The Journal will be released during this year’s 2018 Green River Rendezvous Days at the Museum. The vol. 12  Journal Awards and Author Signing will take place July 12, 2018 6:00pm at the Museum of the Mountain Man in Pinedale, Wyoming.