A couple weeks ago, a visitor came in and asked another intriguing question. She was curious if the Mountain Men ate the meat of the beaver they caught. A common phrase most mountain men specialists, when asked this, say “If it was meat they’d eat it.”
True they were not very picky, but more importantly the beaver tail was considered a delicacy as the fat in the tail was very welcomed after a diet of lean wild meat.

“22nd Snowed part of last night and rained the residue and the forenoon of today snow the rest and part of the night in morning our hunter went out and wounded a deer which the wolves ran down but before he could find him they had eaten up all but enough for 2 meals this morning breakfasted on two beaver tails which I had laid by and forgotten so we have not yet on this trip lost a meal as yet.”

Apparently in Canada, beaver tails are a delicacy too. But in a different way. Beaver Tails, a Canadian based chain of pastry stands formed their pastry to resemble a beaver tail…Canadians must be Mountain Men enthusiasts as well eh? 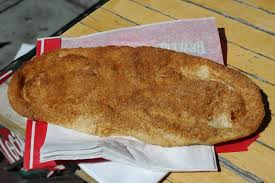